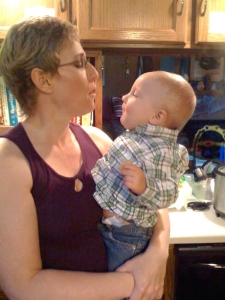 I don’t usually quote The Bible even though I graduated with a Religious Studies degree. The reason I don’t is because we think we know what the quotes mean from years of going to church school classes and listening to sermons. I’d like for us to consider a new, deeper way of thinking about the above Bible quote. I’d like us to consider that Jesus was asking his disciples, us, to practice Radical Love.

What is Radical Love? I don’t claim to have any special insight on that subject. This blog is prompted by something I saw on The Daily Show with Jon Stewart last week. Jon’s guest was a man who had written a book about the Koch brothers. During the course of the interview, the guest said something like, “These brothers are so wealthy that they’ll never know what it feels like to have to live on $2.00 a day.” When he said that I turned to Barry and said, “How do you reach someone like that? How do you help them find empathy for others less fortunate than they are?”

The next morning the answer came to me. We have to learn to practice Radical Love. Love is the only thing that will melt the hard-hearts of people who’ve never had to struggle to feed their family, or who’ve never lost everything. Practicing Radical Love is the only thing that will soothe the wounded hearts of people who’ve known nothing but struggle, discrimination, hatred and unending fear.

I don’t claim to be good at practicing Radical Love. Oh how often I want to make snarky comments on Facebook, or Twitter. But then I remember that we’re all connected by some indefinable something that’s linked to the Divine. And that stops me from writing the remark. Making sarcastic remarks on social media and in our daily discourse isn’t going to help the situation.

All I know is that we can change the world. But to do that, we have to be willing to change ourselves, as I’ve been writing in this blog for the last few weeks. We have to change ourselves so that we can look at another human being and see their beautiful soul, the soul that connects each of us to the greater Soul. We need to have empathy for what they are going through, and we need to love them, no matter what we think they’ve done.

That’s a tall order. I don’t do it all the time. My ego gets in the way. I get angry that the other person doesn’t see the world the way I do. When we fight against a person, we make them angry. When we fight a situation we make it worse. As Eckhart Tolle says in A New Earth, “Discontent, blaming, complaining, self-pity cannot serve as a foundation for a good future, no matter how much effort you make.”

So, all I can say about the Koch brothers and everyone like them, is that I have to send them love. I have to visualize that the love I send is getting through to their hearts so that they can become compassionate, and have empathy for others. When they feel that, they’ll stop fighting to keep the billions of dollars they own all to themselves. They’ll be willing to share it with those less fortunate.

What are your thoughts about what Radical Love might be? I’m interested to know what you think.