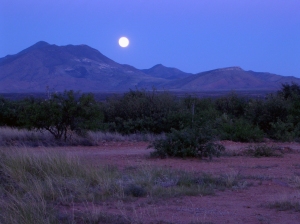 “Empathy is really the opposite of spiritual meanness. It’s the capacity to understand that every war is both won and lost. And that someone else’s pain is as meaningful as your own.” – Barbara Kingsolver

Sometimes it’s the pits being a highly empathetic person. Just lately I’m exhausted because of it. No matter where I go, people are complaining about this, that and the other thing. They want other people to change so they can feel better, or they want this, or that from the Government. I want to scream and tell them they need to stop looking outside themselves for the things that will make them feel better. It’s only possible to find happiness and peace by doing your inner work. I’ve even written many a blog post about this topic hoping to influence my readers, so that our inner healing, will affect an outer healing. Most of the time I feel like I’m beating my head against a stone wall. I’m discouraged about that.

Then a couple of Sunday’s ago I was listening to Marianne Williamson and Oprah having a discussion on Super Soul Sunday. They were talking about Marianne’s recent political aspirations. She ran for Congress, and though she didn’t get enough votes to be nominated, the experience taught her a great deal about our political process. She’s been speaking, and posting things in Facebook about the need for us to become more active in changing our political landscape. Most of us feel beaten down by the system, which makes us apathetic. But, Marianne is calling us to action. Being a Baby Boomer, I automatically felt that I needed to be demonstrating on the streets, marching, and doing all those things I didn’t get to do as a teenager during the Civil Rights and Women’s Rights Movements and the protests against the Vietnam War. I felt guilty about spending so much time working in private to become a more wholehearted, open and loving person.

So, today I was going to use my metaphorical pen to urge you to action. Then, I was reminded of something my father used to say: “You can’t change other people’s minds. You can only be a good example.” He was right. We each have our own path. Caroline Myss calls it our sacred contract. In fact she wrote an entire book about that. Anyway, while thinking about all my mixed up feelings and what’s happening in our country these last years, and what I can do to help bring about positive change, I decided that I’m going to stop preaching and just go back to being quiet, and doing my own spiritual work. I’ve never been one of those dynamic people who can rally thousands to their cause. I’m like my Dad. He influenced people just by being who he was, and he did that a few people at a time. Over a lifetime, he influenced a lot of people. When I decided that, I remembered something else that Marianne has said for years. Find your purpose and use it to change yourself and the world. My purpose is to interpret my personal perspective into the things I write. You can take or leave what you read here. There may be times when someone will be touched by my reflections. To influence one person for the better is a tremendous gift to the world. I’ll be happy with that.