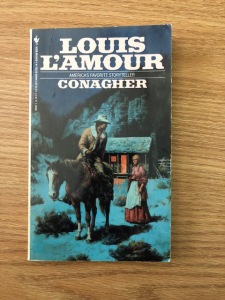 “As I get older, the more I stay focused on the acceptance of myself and others, and choose compassion over judgment and curiosity over fear.” ~ Tracee Ellis Ross

The other day I was working on an essay for the memoir book my sister and I are writing about movie chats with our father. The essay is about the movie Back Street, with Susan Hayward, John Gavin, and Vera Miles (1961). The story is based on a book by Fanny Hurst. And being a movie nerd, I did a bit of research on the production and on Fanny Hurst, who created the original source material. When she was alive, her work was considered to be popular pulp fiction, not high brow literature and not worthy of scholarly notice. But in the 1990s scholars began reexamining Hurst’s work. The Feminist Press published a collection of her work which dated between 1912 to 1932. They praised her “depth, intelligence, and artistry as a writer,” (as reported in an article about her in Wikipedia). Hurst was an activist for feminist and human rights causes and her views are reflected in her stories.

I’m attracted to stories that challenge our conventional view of reality. Fanny Hurst did that with more than one of her stories. Cultural conventions in the twentieth century taught us that marriage was sacred. To have an affair broke the rules of society. But in Back Street, Hurst creates an abusive, narcissistic wife, Liz who will not consent to a divorce. She likes the prestige and power that comes with her marriage. Liz is contrasted to “the other woman”, Rae who is successful, independent, loving and kind. If I were in the character Paul’s shoes, I’d fall in love and break the rules with Rae too. After all, we all need love no matter where it comes from.

Since I can’t keep myself from thinking about how other stories might relate, I connected Back Street to Aquaman, which we just saw last weekend. Barry and I are big fans of the movies based on graphic novels including the DC and Marvel superhero genre of movie. We don’t read the books, at least we haven’t started reading them yet, but the stories are compelling and relevant for what’s happening in society now. We have brilliant people like Stan Lee to thank for making great stories accessible to everyone, not just people who might be inclined to read only highbrow literature.

Now don’t get me wrong, I think any story is worth examining, whether it’s considered high or low brow. There can be important messages hidden in both. And one of the most important messages in Aquaman is that sometimes qualities taken from two or more different races can combine to make an extraordinary human being. Arthur who becomes Aquaman, is both human and Atlantean. He grew up in the human world but must unite both worlds to prevent a war that will destroy the planet. He’s a humble man with great integrity and a desire to help others. He doesn’t think of himself as a great leader. When the moment comes for him to face the creature protecting the symbol of his leadership, he tells the creature, “I’m nobody.” And that’s something no one trying to gain the object of power had ever said. Arthur doesn’t want to be a leader, but he’s willing to become one to save the planet.

When Stan Lee died a couple of months ago, I heard that there were people who scoffed at the outpouring of grief over his passing. The sentiment was that he ONLY wrote graphic novels. He didn’t cure diseases, or invent some monumental thing that would help humanity. But that’s not true. He invented so many characters who have helped change the way we view ourselves and our world. After all, he created Black Panther, one of the most influential characters in any movie to come along in a very long time.

There are other writers who have created enduring characters, like William Moulton Marston who created Wonder Woman, another iconic character who has changed the way we view women.

It’s my theory, and maybe I got this from Edward R. Morrow, that stories have power to change our attitudes, emotions, and in the long run our societies. It may take centuries for that change to take effect, but at some point critical mass can’t be avoided. The balance teeters in a new direction and society is made anew, sometimes almost without notice. I’m grateful when I find writers, like Fanny Hurst, Stan Lee, and William Moulton Marston, who help me examine my long held beliefs and think of human interactions in new ways.

In the past I’ve been guilty of looking down my nose at certain types of fiction, romance novels for one, as light entertainment with not much redeeming value. But one never knows when the catalyst for change will come along. I think I’ll change my mind and reserve judgment and just enjoy the ride a story takes me on and see how I’m changed in the process.

Thanks for reading, liking and commenting. I appreciate it. Have a fabulous weekend.

Lucinda is the author of The Space Between Time, an award finalist in the “Fiction: Fantasy” category of the 2017 Best Book Awards. It’s a little bit like Outlander in that it’s a historical, time-travel, magical realism, novel. Only Jenna joins consciousness with her three-times great-grandmother, Morgan, instead of traveling physically. She is able to come back and apply what she’s learned to her real life situations.

The Space Between Time is available in all ebook formats at Smashwords, or you can find the ebook at iBooks or Barnes and Noble. If you prefer a physical copy, you can find a print-on-demand version at Amazon. Stay tuned for news on the audiobook version Lucinda is working on. To join her email list, click here. She will never sell the names on her list.